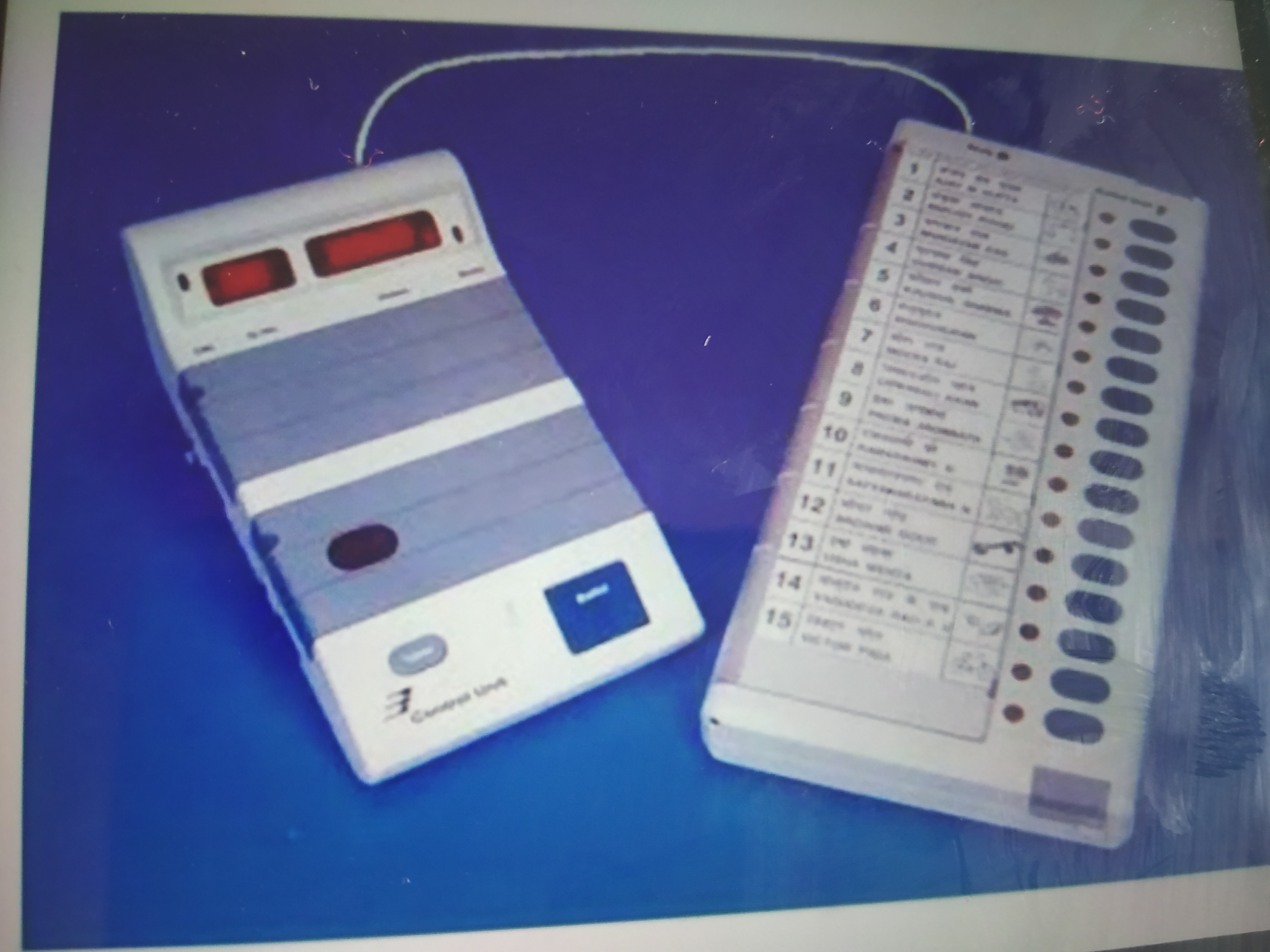 Elections signify a democratic expression of faith of people in an orderly democratic manner. It is the means by which people choose their representatives. It is the responsibility of the Election Commission of India to monitor the prevalence of fairness and justice in the conduct of the Elections. Reforms introduced in the Election Process are driven by this ideal. One such reform is the introduction of “Electronic Voting”.

Prior to the introduction of electronic voting the most prevalent method was by Ballot. Huge number of fake votes have been the norm then. Incidents of booth capturing ; and registering fake votes for a favored candidate have been the common frauds in several constituencies. Election Commission used to be burdened with the additional task of safeguarding the polled votes. More than this counting errors have also been marked by the Commission. Difficulties in announcing the results promptly also became a regular feature. Hence, the felt need for electronic voting. It is fair to say that frauds in elections have been mitigated substantially.

Only 5 votes can be polled in a minute in electronic voting machines. This makes booth capturing and transferring votes to the favored candidate more difficult and even impossible. Voters need not have to wait in long queues ; announcement of results have been quicker and faster ; electronic voting is also cited as one of the reasons for the higher voting percentage of women and SCs.

Voting time and counting time having been reduced, the Government has stepped up its action to implement the next chapter of the reform. Opposition parties, however, seem destined to oppose this and bring back the old system of ballots in voting. They are harping on the one string that electronic voting machines are prone to frauds. Electronic Voting machines are like calculators only. It shows what is recorded. Hacking or controlling them remotely are not possible. It is an irony that political parties still feign understanding of this fact. And people expect them to bring about changes in their lives! It is nothing but a puerile charge that pressing a button can lead to voting for another party candidate. They also charge that big corporates are actively involved in aiding this activity, a charge that could not be proved with clear evidence still.

Samajwadi Party, BSP, AAP, and even Congress were the ones that laid the charges. Electronic Voting machines were made by BEL and ECIL with utmost security, research, and excellent care. They also vouch for the safety and authenticity of these machines with no chances of hacking.

It may be the planned strategy of the opposing parties to attribute a reason for their defeat (if it happens). Fixing the blame for defeat on people will invoke hatred and boomerang in future elections. Hence this move by them.

Every electronic voting machine has 2 parts. A long cable will connect the two parts. Both the parts will be kept in active state always. Till the time the official in the booth examines and confirms the identity of the voter, manipulation of the machine is not possible by anyone. As soon as he confirms the identity of the voter a light will glow and the voter will cast the vote by pressing the button. The machine operates on battery eventhough it is an electronic machine. Each machine can have 3840 votes registered. Technology to avoid fake votes are inbuilt in the machines.

Prior to elections all the votes registered in the machine are erased. It will be made empty. An experimental voting process will be initiated and the results will be examined. Votes cannot be digitised. Neither can it be hacked nor can it be preprogrammed to vote in any party/candidate’s favour.

List of candidates will be released only after the electronic voting machines arrive at the centre. No candidate will know his/her serial number in the list. This will make preprogramming an impossibility.

In addition, voting machines will be mixed thoroughly at least twice at the level of districts and constituencies. This removes the possibility of knowing which machines are diverted to which booths in any constituency.

It is better to understand and make one’s mind clear that controversies surrounding the electronic voting machines are devoid of any fact and simply baseless.

It is the right moment for every party to accept the fact that voters are the final Lords, Masters, and Bosses of candidates.

Tidbit : ” Democracy is not a spectator sport.” – Marian Wright Edelman.