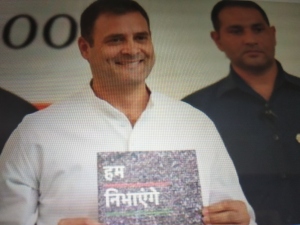 New millennial institutions and organisations change the shareholders’ expectations ;  So is the case with political and societal expectations.

New millennial institutions and  organisations  alter the way goals are achieved by CEOs ;  So is the case in Politics and goals achievement by the leaders.”

Winning Elections today, specially since 2010, call for a new style of  ‘Leadership’. Just as changing customer expectations in business necessitated a new style of process and mindset, Politics also witnesses a new process of satisfying people’s aspirations and desires.

Business is able to meet this challenge successfully through their leads on ‘socially conscious displays’  to preserving and growing their revenues. Politics needs to adapt and show the leads on technology to preserve and grow their vote share.

This is where the BJP succeeded in this (2019)  election. “Going Digital”  gave them access to a heavy load of information ;  enhanced their efficiency to interpret the information ;  and take proactive actions based on interpretations for the benefit of people in respect of all their  ‘socially conscious programs’. It is the BJP’s data- driven approach and decision making in a substantive manner that lent the party a significant edge in this election. Its much touted strength in organisational capability and resources constituted the complementary associates.

Align this with the significant change in the age group structure of the voting population, the result multiplies in great proportions.

It is a  “political disruption”  induced and successfully implemented by the party that set it apart from others in the pack. In the process, they upset the perceptions of the  ‘voter market’ and the  ‘stock market’  favorably to their advantage.

New age voters are like  ‘learning machines’  adept equally at interaction with new technologies as with human skills. BJP possibly sensed this early and rightfully ;  BJP recognised the need for change ;  and BJP prepared the people for this change and the new reality. This was their  ‘competitive advantage’ .

This is how an election “sans a wave”  has transformed itself into an election of  “the greatest wave”  in this millennium.

This is not just unprecented and unexpected but ‘supercalifragilisticexpialidocious’.

It is not Rahul Gandhi’s failure for the Congress party but the failure caused by a serendipitous political disruption unparalleled in the history of Indian Elections.

Resignations by anyone at this stage will not constitute the right solution. The right solution is to retain the same leadership combination with a shift in focus to respond to the needs of the new reality.

What Congress needs is possibly a “Situational Leadership”.

Adaptability to the ground realities as a means to win the Trust of people ;  staying focused, united, and organised effectively ;  trying to build consensus through participation with similarly aligned groups and leaders ;  and above all mobilising people toward a  “vision”  are paramount.

What Congress needs is not Rahul Gandhi’s resignation but support from every party soldier. Adversity is the test of courage and it is time to display that courage. This may well be a welcome turning point in Congress history. Neither the winner can fail to deliver their promises in the next 5 years nor the loser can fail to redintegrate and be counted. 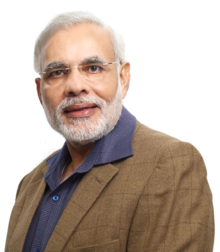 Exit polls are out.

An election deemed by many as one ‘sans a wave’  witnessed the  ‘Modi wave of the Decade’  according to the results of the Exit Polls.

How did it happen ?  It happened because of  ‘people  perceptions’  about the Leader who governed the nation for 5 years prior to the Elections.

Narendra Damodardas Modi  –  the name that spelt the  ‘magic wave’.

People found in him the following seven qualities during his five year tenure.

1.   People tend to  ‘trust’  a person who is “bold and cautious”  through all his initiatives and dealings with nations.

2.   People tend to believe the person who can fight for them sincerely, even if his performance economically within and outside do not stand out.

3.   People tend to accept a person who believes workmen as the  ‘foundations of a society’.

4.   People tend to believe a person who is recognised as being caring and compassionate providing the right environment for them to excel and accomplish what they hold dear to their hearts.

5.   People tend to believe a person who is viewed as fighting corruption as a means to end poverty and instill shared prosperity.

6.   People tend to believe a person whose actions create and inspire them to dream and do more, and who puts others’  welfare before self.

7.   People tend to believe a person who can influence people across the nation impacting their lives through positive guidance, cultural values, and results.

That PM Modi displayed these qualities to the effective understanding and comprehension of the people in the last five years is what the Exit Polls seem to emphasize.

According to the Exit Polls, opposition has lost the lead miserably.

Will they finally be able to show that this is not the way to depart without at least salvaging some pride on Thursday, the 23rd of May, is what people will be eagerly looking for now. 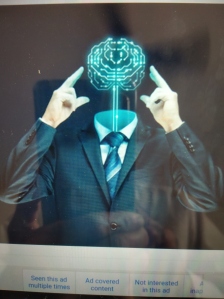 1.  Knowledgeable advisors and a strong network of support constitute the twin essentials of a Leader. (Leadership piece).

3.  Improve your judgement by pretending that decisions you make are for your friends. This tactic helps maintain the emotional distance so that you can view situations in an objective manner.  (The Muse)

4.  Personalities fall into four tendencies and if you want to persuade someone it helps to know which tendency they show before crafting your approach. These tendencies explain why people react to expectations and feedback differently. (Fast Company online).

6.  Successful leaders are not afraid to embrace change as a “journey of exploration and discovery”  rather than just a task to check off. Change is inevitable and it is only a matter of whether we drive the change or let it happen to us.  (Tanveer Naseer)

7.  Self doubt can hold us back from our true potential in workplace. So we need to train our minds to always think differently. Keep a log of accomplishments to look back at when negative feelings creep in. (SB on Leadership)

8.  Do not try to emulate big name entrepreneurs like Mark Zuckerberg or Steve Jobs even if it captures attention in a big way. Entrepreneur is not a  “young hotshot”  as is usually believed but many are in their 30s and 40s with success in corporate world.  (SB on Leadership ).

9.  About 200 and more private startups have achieved  unicorn  status by reaching valuations of  $ 1 billion or more in 2017. These startups had excellent leadership spread across a variety of Industries/geographies but with the  characteristic focusing on solving everyday problems. (Entrepreneur cell)

10. Studies show that employees get disengaged quickly now than ever before. About 51%  according to Gallup. The resultant unhappiness is the chief cause of burn out and bad habits.  41% of unhappy employees use work time to play pranks on colleagues,  15%  nap,  and 11%  watch Netflix. Leaders must pay immediate attention to the consequences (Society for HRM online). 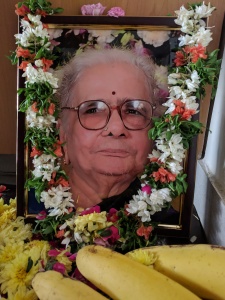 First, my regards and respect to mothers.

My mother is no more, having ascended the heaven’s throne in September 2017. But I recognise and remember her importance and significance for having contributed to my welfare, and for having protected me in my challenging period in life.

She made a tremendous contribution to the family through her devotion to house work and sustaining the bonds of relationships among her siblings.

I must say this here. She has proved herself right most of the time even on occasions when I remained confident that I was right.

I did practice ‘time management’ in all family and social functions at home like I do at work.

She’ll advise me not to bring the workplace practices to home events.

Let me elaborate a little more with a recent event here while corroborating :

Just last evening I took part as one of four members of a housing complex with 8 apartments in a discussion session with our thinking caps on devoting 45 minutes to the flats’  problems. Two problems were quickly resolved with spontaneous unanimity, and when the third, centered on surveillance technology, was placed on the table, the Professor in me drove me to test the prevailing amicable waters in the arguments. For the sake of argument, I logically tried to support my contention that installation of  ‘cctv’  was not a necessity, because,  (a)  our residential complex has only eight apartments;  (b)  the complex has as its boundary a deadwall at the back, and a completely grilled protection on the sides abutting adjacent flats;  (c)  there are two gates in front and it is possible to keep one closed without hindering the ingress and egress of vehicles and individuals;  (d)  the only possible entry inside the complex from the terrace remained completely blocked by another grill gate near the top of the stairs;  and  (e)  we had engaged a male security guard for the complex who is supposed to keep vigilance as an effective watch and ward.

The residential flats were built on a 60’×40′  plot, small requiring no additional or extraordinary security measures.

Installation of  ‘cctv’  in housing complex,  commercial complex, frequently visited places like theatres, business places, entertainment centers is a growing phenomenon in this new age,  also promoted vigorously by the government in most instances due to serious threat perceptions of misguided intruders likely causing irreparable damage to personnel and property.

The official’s arguments :  public should also remain vigilant to these threats and take self remedial measures voluntarily supporting the government’s initiatives. Many residents of small complexes, however, feel the cost and maintenance of such installations as an additional burden that can be avoided by stringent vigilance.

Returning to our muttons, let me aver that out of the four members of the said complex present during the discussion, three stood solidly behind the installation leaving me standing alone. Not that I was not aware of this possibility earlier. I knew from the beginning and yet argued against the toss holding a test (the kind of scientific laboratory test that one performs in evaluation) making use of the opportunity.

The tide flew in favour of installation and the one who stood against the tide was not blown off but remained still/firm even while biting the bullet. But, I am also aware that  cctv  will have to be installed irrespective of any position anyone takes in this case.

What is the relevance ?  This is when I remembered and recollected my mother’s words repeated hundreds of times during my stay with her (for years) :  ” You made a mess of your flourishing career because you did not follow the oft-quoted adage – ALWAYS  FLOW  WITH  THE  TIDE –  even if you are correct and the tide incorrect “.

This is not my real countenance now;  but even a simple test with a small group also validated the adage immensely.

I did take the risk of an unfavorable judgement about self by others, but I came out of the event  ‘stronger’  even as the other members remain pondering still why I took the stance. I,  nevertheless,  used the occasion cleverly and effectively.

The ever inquisitive trait of putting management principles to test in every human endeavour I cross in life is probably the ultimate  “winner”.